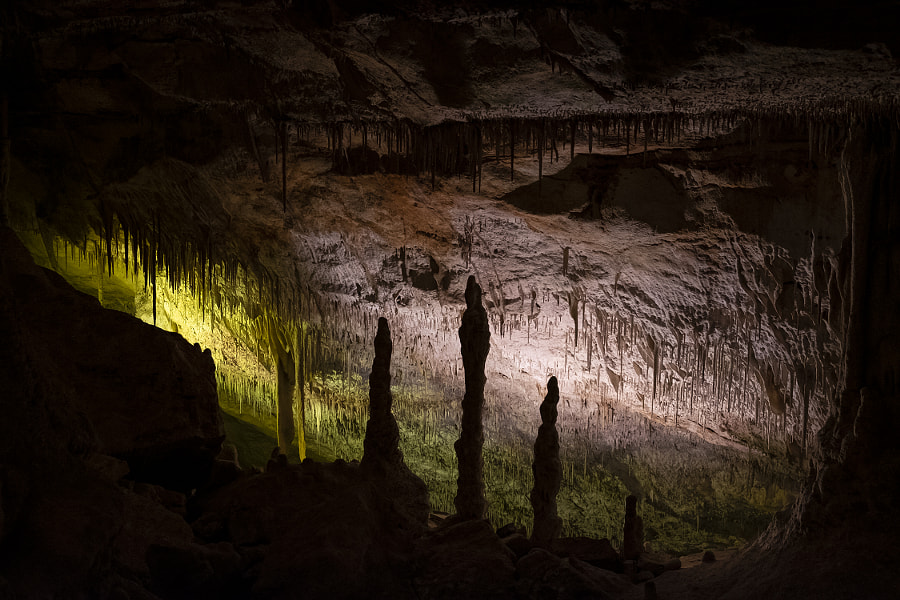 Yesterday I was reviewing the lot of photos I made inside the caves of the Drach in Mallorca and thanks to Patti and her challenge for this week, I know how to show them…

First part will be abstraction…

The Caves of Drach are four great caves that are located in the island of Mallorca,  with a depth of 25 m and reaching approximately 4 km in length.

They were first mentioned in a letter dated 1338, in a message from Rover de Rovenach, governor of the island, to the mayor of Manacor; and were explored in 1880 by M. F. Will and in 1896 by E.A. Martel, who discovered the cave containing the lake that bears his name.

The four caves, called Black Cave, White Cave, Cave of Luis Salvador, and Cave of the French, are connected to each other.

The caves have formed by water being forced through the entrance from the Mediterranean Sea, and some researchers think the formation may date back to the Miocene Epoch.

They are mentioned in the book “Clovis Dartetor” by Jules Verne.

Coming soon, the cave and humans…  😉

Posted as part of Lens-Artists: Abstract