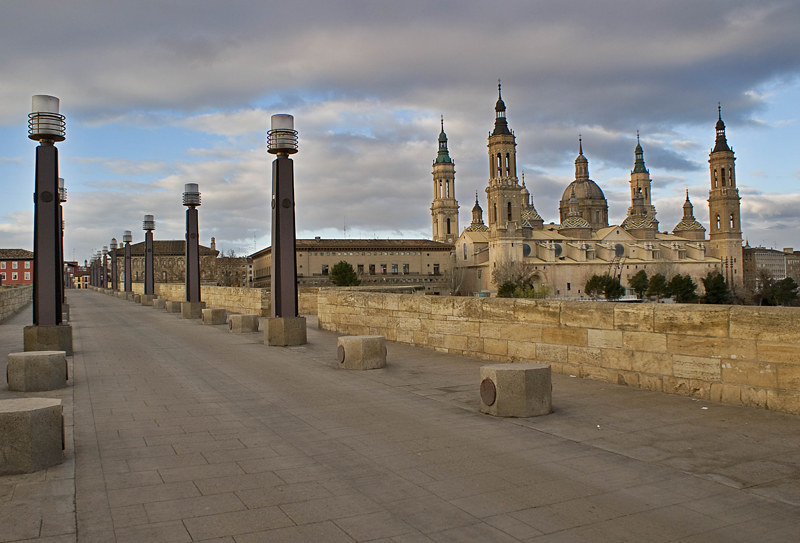 I love my city, I think there is no doubt seeing my photo gallery of places. 😉

And if I have to choose a spot of it, I stay with the Stone Bridge. It’s very close to my house and I have to cross it every time I want to get into the city center. The historical and tourist center, of course, because the geographical one would be another story. 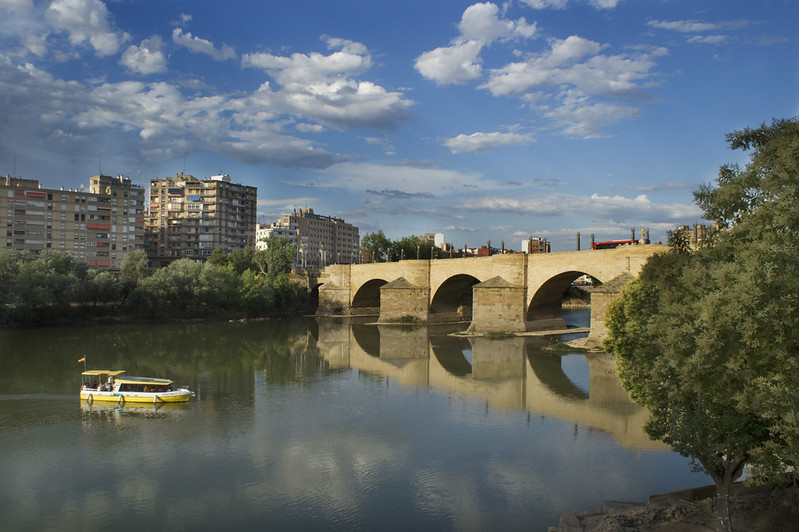 Of Roman origin, it is the oldest bridge on the river Ebro, since it can be dated back to the 1st century of the Era. It rose up in the same place where today is the present, from the Late Middle Ages; a large project that required even the help of the Aragonese Pope Benedict XIII, better known as Pope Luna, for the granting of material extraction and construction permits.

It has been restored on numerous occasions due to the floods of the river Ebro: one in 1580, when repairs were undertaken on the piles; another in 1659, under the direction of Felipe de Busignac and Borbón; and, in the eighteenth century, when the wall on the left bank was first erected to protect the Convent of Saint Lazarus and, second, the wall of the right bank, to protect the cathedral from the floods.

After the siege of Zaragoza in 1808 and 1809, the French troops blew up the arch closest to the left bank, in an attempt to gain time under the persecution of the citizens; a cross on the second pilaster recalls the heroes.

In the last remodelling, from the 20th century, the four bronze lions, the work of the sculptor Francisco Rallo, were arranged at the ends. 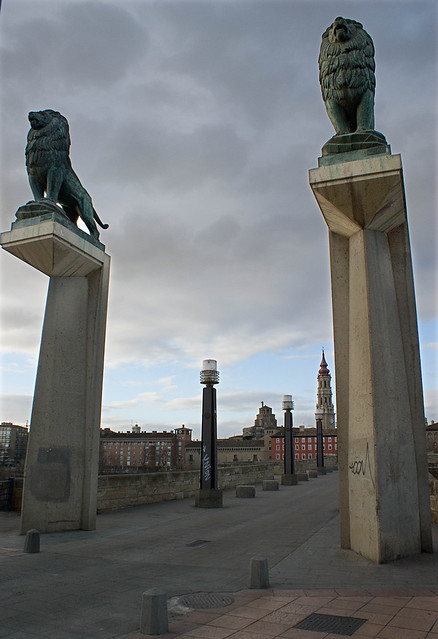 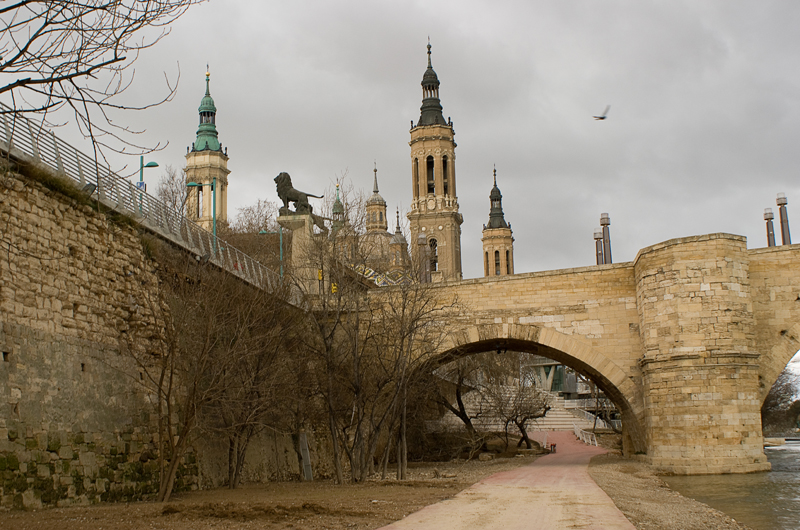 As you can imagine, it’s a very touristy spot, photographers enjoy it a lot. 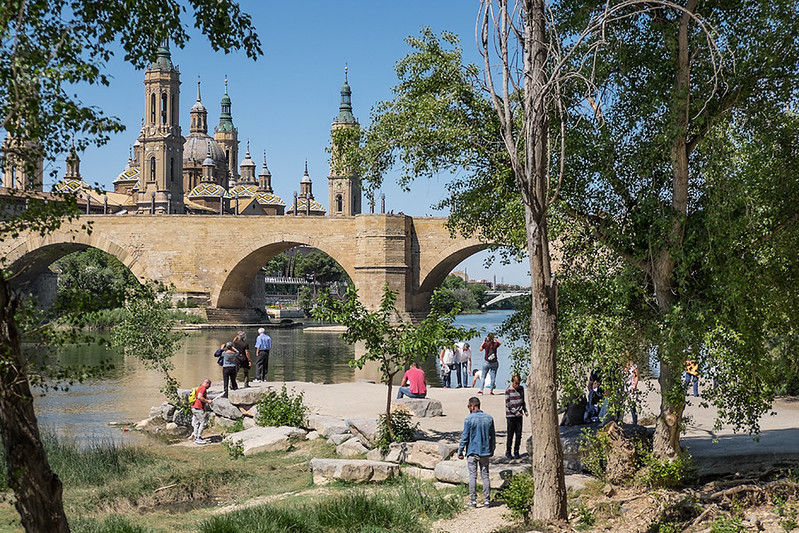 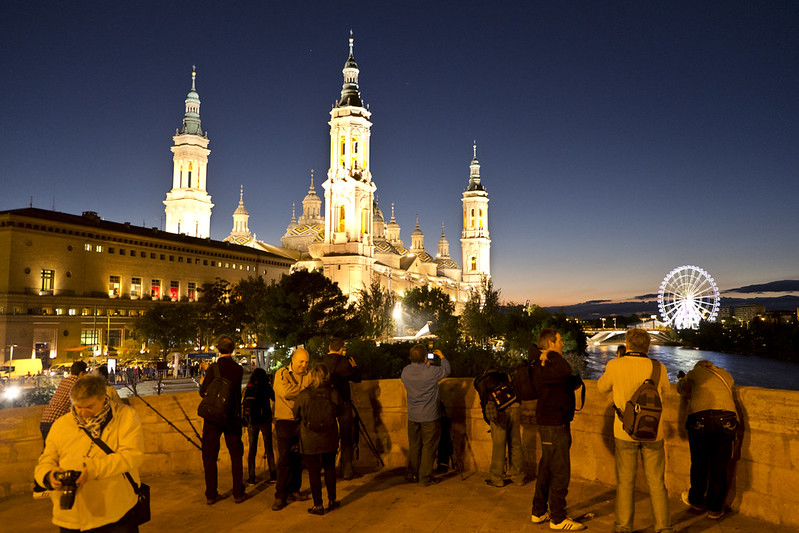 Many other activities are carried out around this bridge. 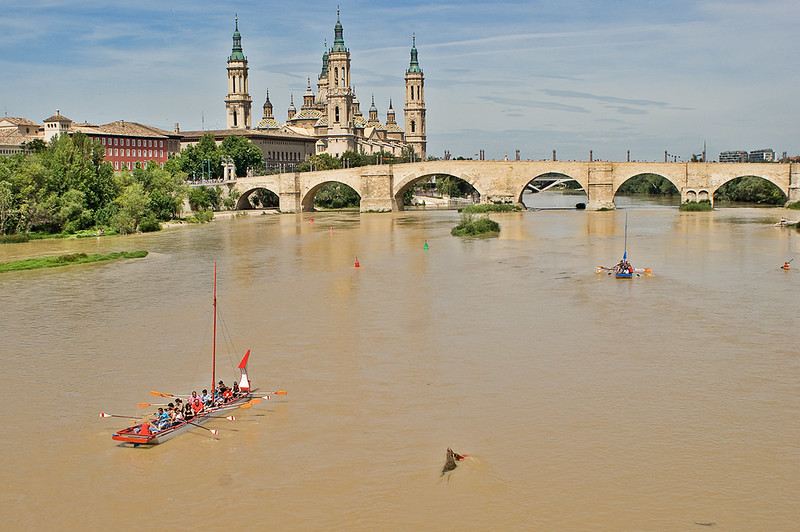 The fog that usually visits us in December or January, envelops it in an atmosphere of mystery that I love.