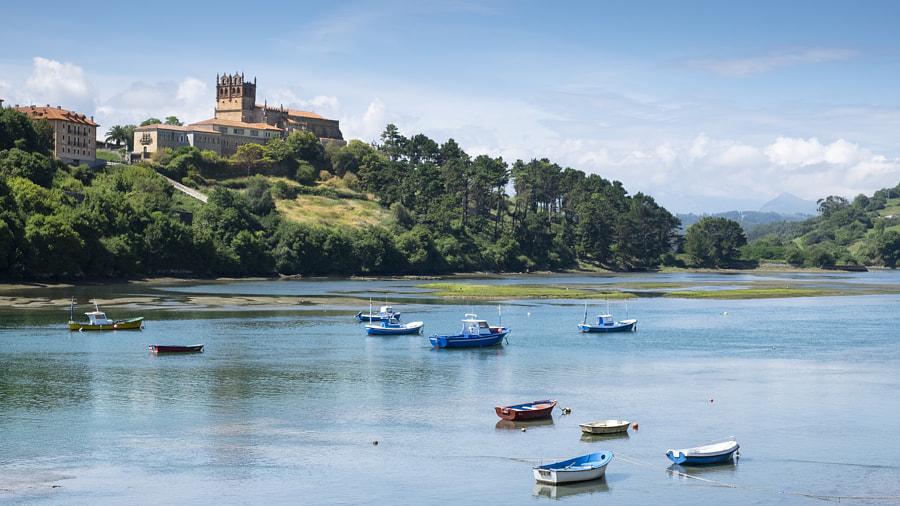 For me one of the most interesting villages of Cantabria, that even being one of the most touristic, it still maintains the fishing air of old times.  It is a historic villa surrounded by a privileged environment, in the middle of the Natural Park of Oyambre. 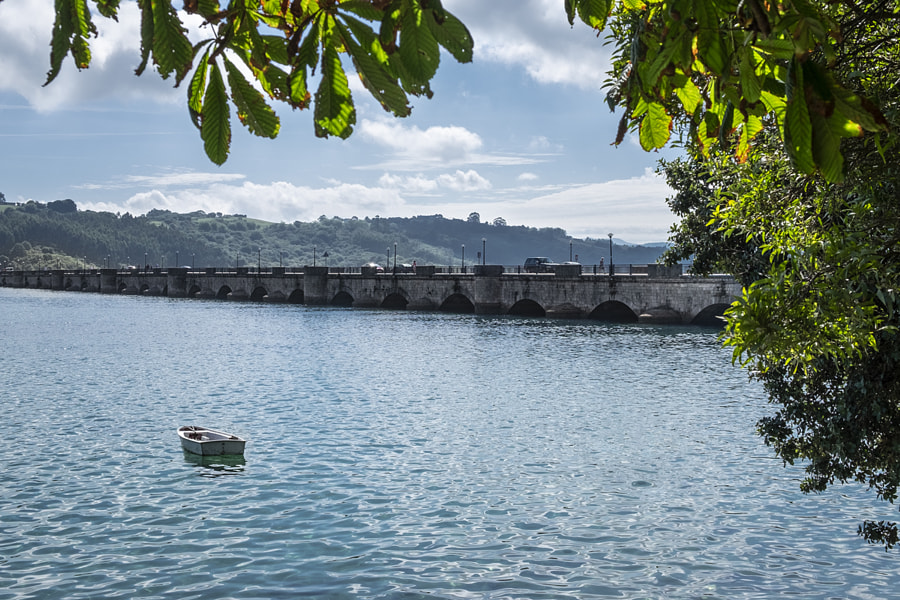 The bridge “El puente de la Maza” from the XV century, with 28 eyes and more than half a kilometer long, allows us to cross the estuary of San Vicente to the entrance of the village .

In its architectural heritage it stands out its Old Town, declared Historic Artistic Complex, among whose most significant buildings is the Castle of the king, of the XIII century, the Tower of the preboste, the hospital of the Conception, as well as the church of Santa Maria de los Angeles.

Despite my mania about people not appearing in my photographs, in such touristic places and in August, I had to adapt to the circumstances if I wanted to take home any photos.   My husband was also “kindly” included in some. 😉 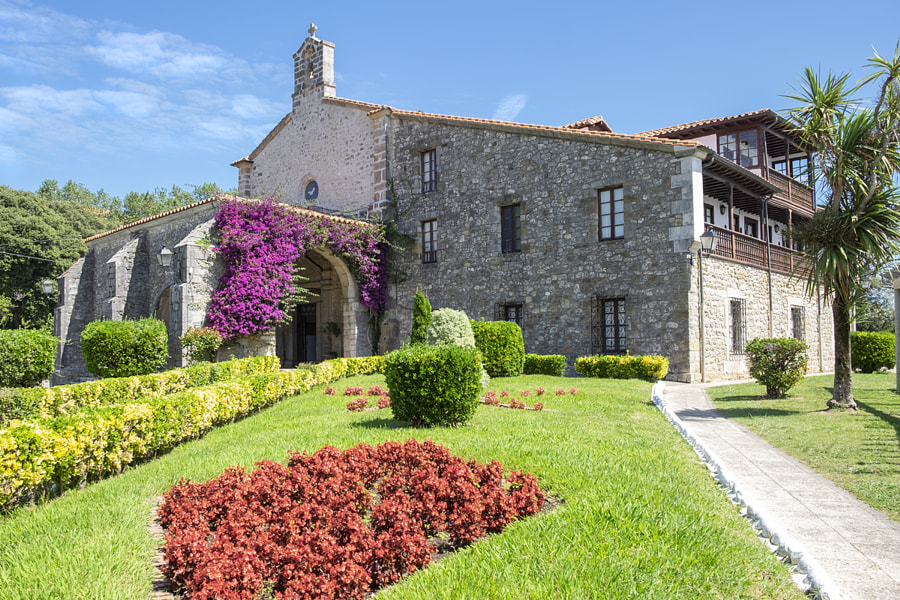 The sanctuary of the Barquera was built during the Middle Ages, the first written references of the construction date from the 15th century.