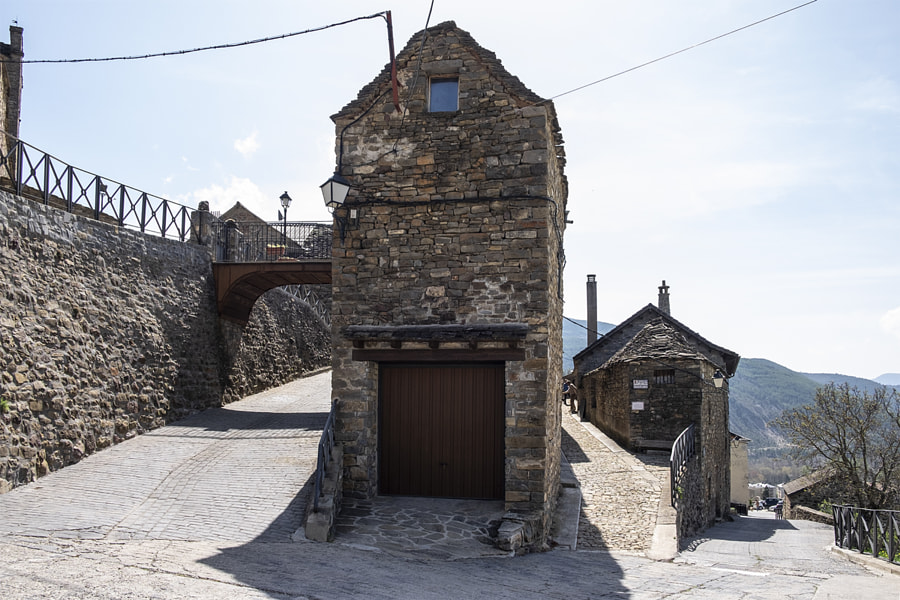 Castiello de Jaca is a municipality located in Aragon, Spain.   It has 207 inhabitants and is located at 921 m altitude, in the Pyrenees.  The town centre is located on the hillside of a mountain.  An ancient castle of which some remains are conserved, gave rise to the name of the village.

It stands out first of all its urban centre, whose buildings use the own materials of the area, like the slabs of limestone, as happens in the rest of the localities of the Aragonese Pyrenees, although nowadays more is used the slate, more typical of other areas.

Castiello de Jaca is known on the “Camino de Santiago” as “the one of the hundred relics”. They are kept in a silver casket next to the tabernacle of the main altar of the church of San Miguel. Legend says that a pilgrim felt without physical or spiritual forces to go forward and in gratitude to Castiello for the help he received he gave everything he took to the town hall and to the families who had helped him. Therefore, the Mayor keeps the key to the archetypal of the relics, which are shown only once a year, on the first Sunday of July.

The Romanesque church of San Miguel (Centuries XII-XIX) and its surroundings constitute the axis of its historical transcendence.