The poppy flowers grow best in the cool climates, they love sun and they are grown both as perennials and annuals. These flowers can be found all around the Europe, in the Eastern countries, as well as in America.

The Poppy is one of the most widely used symbolic flower around the world.  Ancient Greek, Egyptian, and Roman societies linked it with sleep due the sedative effect of the plant’s sap.  The red Poppy is the traditional flower of remembrance for Europe and North America because of its ties to World War I and II.   So, there is a lot to learn about the poppy flower.  For a floral meaning, the poppy can symbolize oblivion, but it can also symbolize imagination. 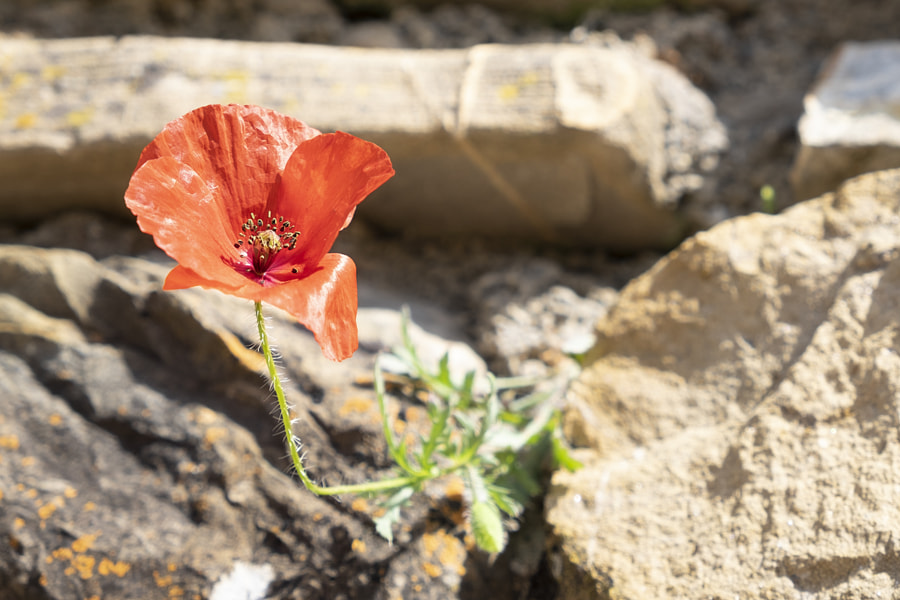 6 thoughts on “Poppy on the rocks”