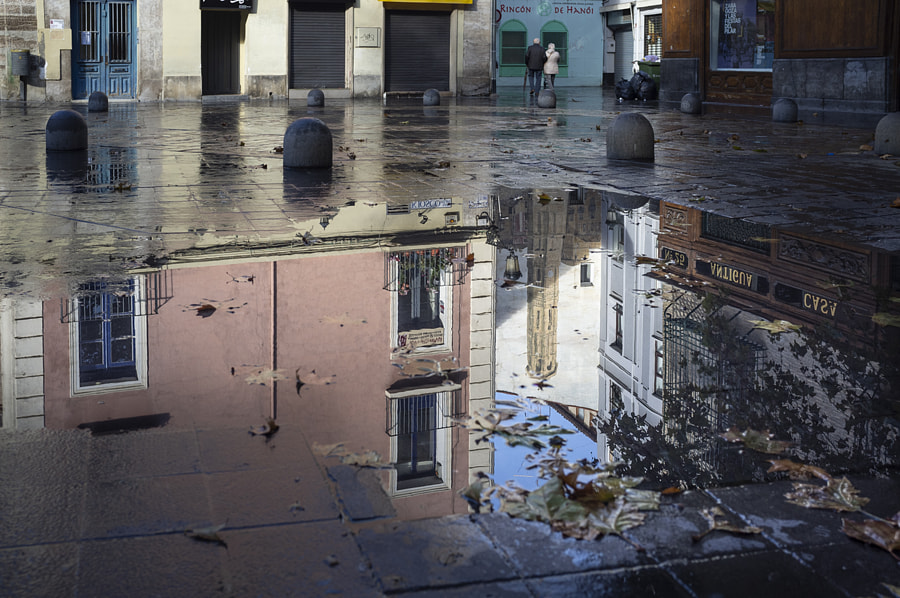 The Leaning Tower of Zaragoza, sometimes called by its Spanish name, Torre Nueva (new tower) it was built in brick in Mudéjar style in the 16th century as a clock tower.

Shortly after being built, its inclination could be noted, although it was said that there was no danger to its stability. In 1892, Zaragoza’s City Council decided to demolish the tower, justifying the decision with the inclination and probable ruin. The decision was opposed by many intellectuals and part of the population. After the tower’s demolition, citizens bought bricks as memories.

Now it’s only an image in a wall and a reflection in a puddle…  My city could have been as famous as Pisa!!! 😉