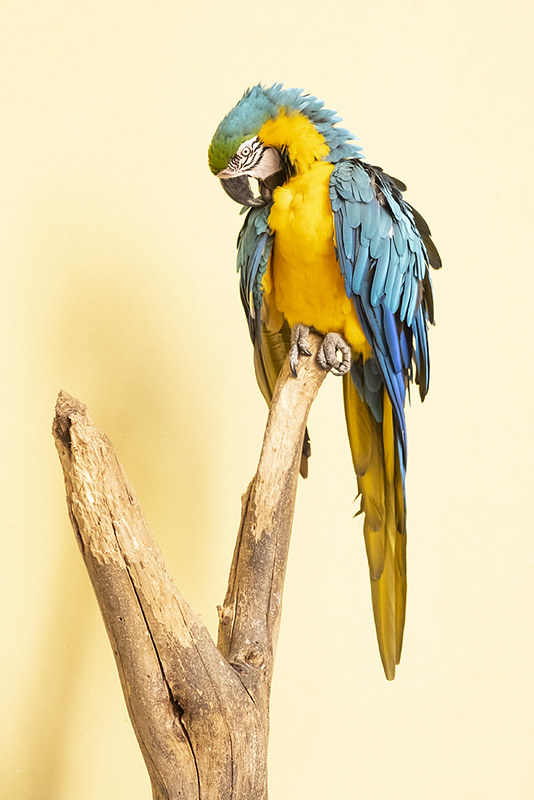 One of the parrots that live in the court of the Casa de Colón in Las Palmas.

The Casa de Colón is one of Las Palmas most attractive buildings with ornate doorways, beautiful latticed balconies, large courtyards and carved wooden ceilings, representing numerous aspects of the island’s architecture. This palace was the residence of the first governors of the island and it is claimed that Christopher Columbus stayed there in 1492 while one of his ships was repaired, hence the name Casa de Colón (Columbus House).

The other one was not in the mood for pictures…It was a bit dangerous to approach!