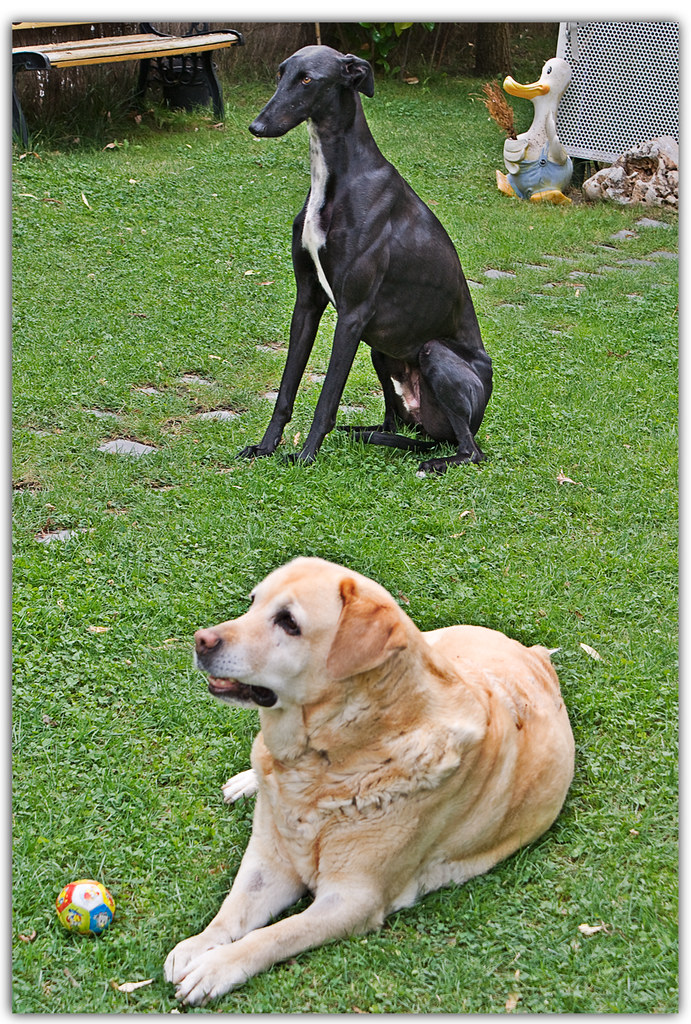 Rigel is a greyhound that was adopted several years ago by some friends of mine.   It has been abused and abandoned until was rescued.   Initially when we were approaching to him, it was impossible, was fleeing of us. Only he was feeling sure when his new companion, Boira, was placing between ourselves.

More than six years later and now, Rigel is perfectly adapted and it is possible to caress it without problems. Now he live happily and secure with his new family and friends.

[In response to The Daily Post’s weekly photo challenge:   Security]

5 thoughts on “Rigel and Boira”