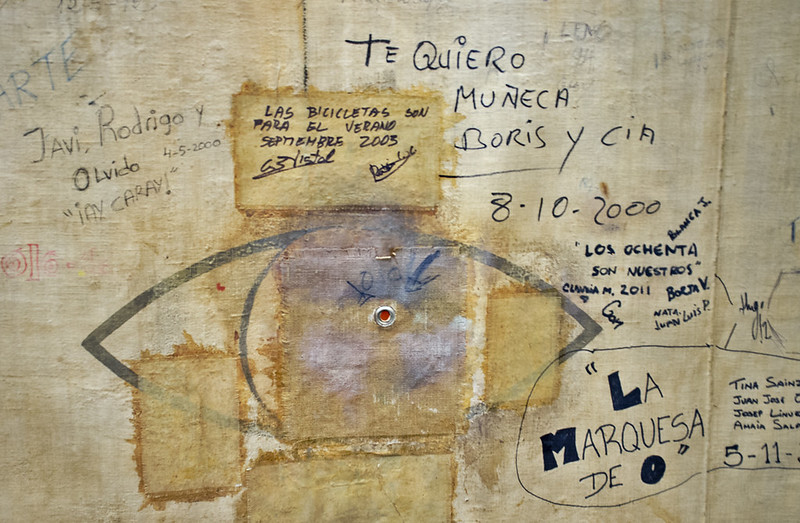 The curtain of the principal theatre of my city, it is covered of messages in his interior part, in spite of the fact that are spoiling it.

You can see in the center a small hole, which the actors use to see the people in the stalls. 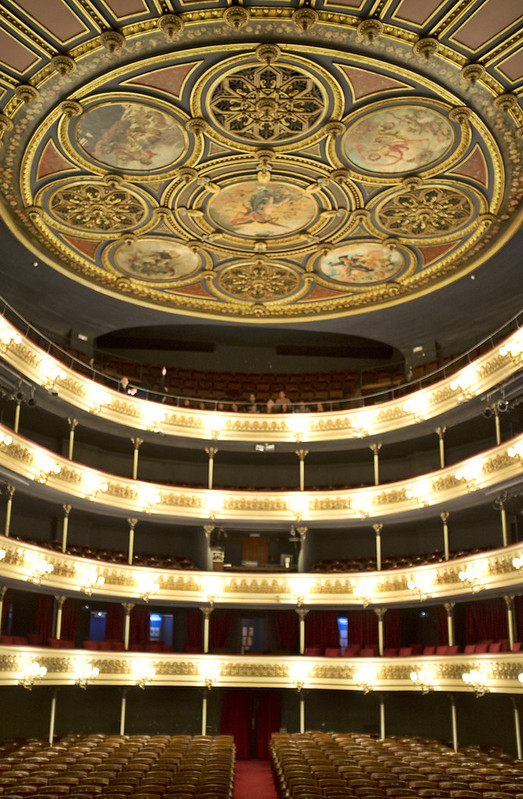 The curtain was painted in 1877 by Marcelino de Unceta and represents the Temple of the Fame, in whose center appears the immortality flanked by the Tragedy and the Comedy. In the lateral groups, Unceta portrayed the most important authors and actors of the Spanish theatre. 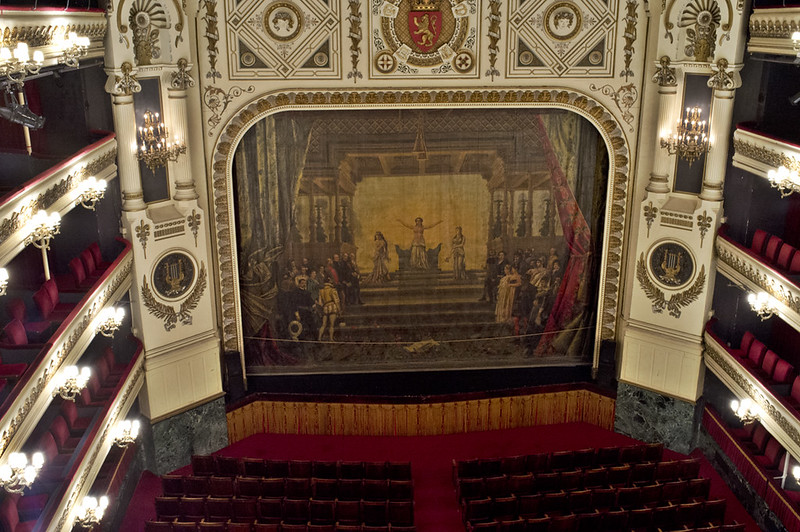 In response to The Daily Post’s weekly photo challenge:  Alphabet